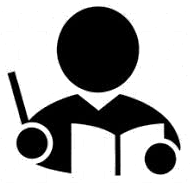 Harness the power of machine learning algorithms for classification and regression problems in supervised and unsupervised situations.

The participants will be able to Implement and apply the following algorithms to real world problems: